Assuming you are working  somewhere with a small team and you need a local Windows share to collaborate on documents and oder data. A first choice would obviously be to use Dropbox or a similar cloud service. However if you do not want to send your data to another company or if your internet connection is unstable, you might want to use a server in your local network. My suggestion here is the following: Grab yourself a Rapberry PI, configure a Windows compatible Samba share and start using it.

Now you can create the accounts that will be able to use the share:

Commands to create a new user

You can now access the share using the hostname or the IP address in your windows explorer: \\ip\share 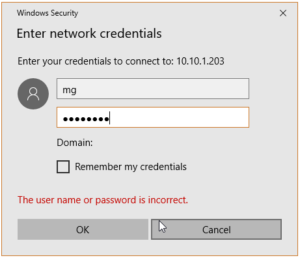 Never trust your users not to mess up things. You should not skip doing backups, especially when it is as easy as this:

Backups are now created every hour as zip files in the folder  /home/pi/backups/ .

This site uses Akismet to reduce spam. Learn how your comment data is processed.